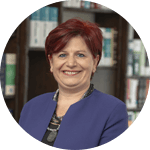 She worked in İş Bankası in exchange department between 1994-1996; ELF Petrol between 1996-2002 as a Treasury Manager; and obtained her attorney’s license in 2005. She worked as Chief Legal Counsel and Executive Board Member in Roche Müstahzarları San. A.S. till 2014.
She founded Vona Law Firm in 2014. She participated as spokesperson in various seminars organized by various establishments and she has been still lecturing in Ozyeğin University Faculty of Law; she gives trainings as an accredited trainer in People Management Association of Turkey (PERYÖN). She continues her social responsibility activities as Executive Board Member in BizBizze- Association of Idea and Support for Women which founded in 2017 with the aim of strengthening the women who are willing to take an active role in the social and economic life.